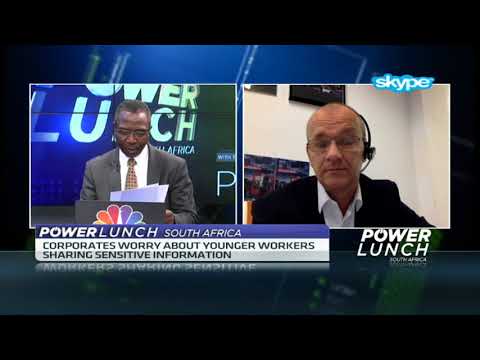 As per usual the 3 months has been all hand-on-deck, helping to bring further adoption utilities to Groestlcoin. The markets have been red but as always that doesn't stop the show from going on with regards to the development since the last release update on 24th September. Here's a recap of what has happened so far:

Blockbook is an open-source Groestlcoin blockchain explorer with complete REST and websocket APIs that can be used for writing web wallets and other apps that need more advanced blockchain queries than provided by groestlcoind RPC.
Blockbook REST API provides you with a convenient, powerful and simple way to read data from the groestlcoin network and with it, build your own services.

Groestlcoin has been added to the Edge wallet for Android and iOS. Edge wallet is secure, private and intuitive. By including support for ShapeShift, Simplex and Changelly, Edge allows you to seamlessly shift between digital currencies, anywhere with an internet connection.

We are excited to announce that Groestlcoin has been added to CoinID! With integrated cold and hot wallet support, and a host of other unique wallet features, CoinID can easily become your go-to wallet for storing Groestlcoin. More details can be found here: https://coinid.org/s/groestlcoin-wallet-overview.pdf

The Groestlcoin BIP39 tool is an open-source web tool for converting BIP39 mnemonic codes to addresses and private keys. This enables the greatest security against third-party wallets potentially disappearing – You’ll still have access to your funds thanks to this tool.
What’s New
Download the Groestlcoin BIP39 tool here: https://github.com/Groestlcoin/bip39/archive/master.zip
Source code: https://github.com/groestlcoin/bip39
Or use hosted version: https://groestlcoin.org/bip39/

Electrum-GRS is a lightweight "thin client" Groestlcoin wallet Windows, MacOS and Linux based on a client-server protocol. Its main advantages over the original Groestlcoin client include support for multi-signature wallets and not requiring the download of the entire block chain.
What’s New

ivendPay and Groestlcoin cryptocurrency have announced the start of integration.
IT company ivendPay, the developer of a universal multicurrency payment module for automatic and retail trade, intends to integrate Groestlcoin cryptocurrency — one of the oldest and the most reputable Bitcoin forks into the payment system. Groestlcoin is characterized by instant transactions with almost zero commission and is optimal for mass retail trade where micropayments are mostly used.
According to Sergey Danilov, founder and CEO of ivendPay, Groestlcoin will become the 11th cryptocurrency integrated into the payment module. The first working vending machines for the sale of coffee, snacks and souvenirs, equipped with ivendPay modules, served the visitors of the CryptoEvent RIW exhibition at VDNKh in Moscow and accepted Bitcoin, Go Byte, Dash, Bitcoin Cash, Ethereum, Ethereum Classic, Zcash, Bitcoin Gold, Dogecoin and Emercoin. ivendPay terminals are designed and patented to accept payments in electronic money, cryptocurrencies and cash when connecting the corresponding cash terminal. Payment for the purchase takes a few seconds, the choice of the payment currency occurs at the time of placing the order on the screen, the payment is made by QR-code through the cryptocurrency wallet on the smartphone.
The interest in equipping vending machines with ivendPay terminals has already been shown by the companies of Malaysia and Israel, where first test networks would be installed. ivendPay compiles a waiting list for vending networks interested in buying terminals and searches for an investor to launch industrial production. According to Sergey Danilov, the universal payment terminal ivendPay for the vending machine will cost about $500. The founder of ivendPay has welcomed the appearance of Groestlcoin among integrated cryptocurrencies, as it is another step towards the realization of the basic idea of digital money - free and cross-border access to goods and services for everybody.

Bitcoin and mining.. Ark expert. Ebay paypal. Metal gold. NEXT platform. Upcoming inventions 2015. Abulaba ceo. BiblePay api. ZTCoin rate. Bitcoin exchange goes bust owners laughing gas videos. Pkcorb. 424242. Social Activity Token app. 300 dolar kac tl. Bitcoin summit san francisco. Hit the moon. Why is there a plastic ball in guinness. Strix 1080 ti. FORCE status. Used bitcoin mining ... A new crypto wallet is about to be launched b the blockchain-based company called Decentral. The wallet will be called Jaxx Liberty, and will be supporting over 70 digital coins, states Anthony Di Iorio, the company's founder, and co-founder of Ethereum (ETH). Bitcoin Investment manages assets of private individuals, pension plans, trust accounts, institutions and investment companies. The main priority of our enterprise is the maximum availability of our services to the investors of all levels. We have a long and successful history of investing across a wide range of industries and transactions, including leveraged buyouts and recapitalizations ... FREE stock and cryptocurrency quotes, message boards, fundamentals. Markets include NASDAQ, NYSE, OTCBB, Pink Sheet, cryptocurrency and world exchanges. Use advanced charts, Level2, read market ... Bitcoin should not be regarded as the last word in private money, but should be appreciated as a remarkable technological breakthrough. Ten years after its launch, we must recognize it as the innovation that has launched financial and non-financial blockchain industries that are still in their early days. Bitcoin has established its value as an asset, and its usefulness as a medium of exchange ...